Coal linkage should not start? 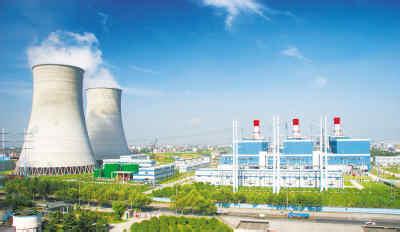 The "Guide to Deepening the Reform of Coal-fired Power Markets" issued by the General Office of the State Council at the end of 2012 (hereinafter referred to as the "Opinions") stipulates that "continue to implement and continuously improve the coal price linkage mechanism when fluctuations in coal prices occur. In the case of more than 5%, the annual on-grid tariffs will be adjusted accordingly, and the proportion of fluctuations in the consumption of coal by the power companies will be adjusted from 30% to 10%.â€

At present, there are still more than two months of the one-year price adjustment cycle from the time when the â€œOpinionsâ€ were issued. The parties still have great controversy over whether to lower the price of electricity. Those who support lowering the price of electricity believe that the reduction in electricity prices will help reduce the production cost of enterprises, enhance the market competitiveness of products and the profitability of enterprises, and further promote the recovery of the economy. Those who oppose the reduction of electricity prices believe that the reduction in electricity prices may help boost the development of high-energy-consuming industries, which is not conducive to energy-saving and emission-reduction, and may affect the enthusiasm of power generation companies for environmental protection and are not conducive to prevention and control of atmospheric pollution. Opponents believe that before the long-term rise in coal prices, power generation companies suffered a long period of high costs, which led to rising asset-liability ratios, business difficulties, and now the price of coal has fallen, and should allow power generation companies to spend more days Make up for the loss before.

In the end should not start the coal-fired linkage, cut the price? The author personally thinks that since the new coal-electricity linkage mechanism has been formulated, the current reduction in electricity prices will not cause significant negative impact on economic and social development. In order to safeguard the seriousness of the mechanism and the credibility of the policy, when the coal-electricity linkage window opens, The tariff should be adjusted in accordance with the established rules.

On September 25th, the new standards for additional renewable energy tariffs and the denitrification and dust removal compensation standards have already been implemented. Before the National Day, news of local coal prices for coal-fired power generation has also been lowered. The price of coal fell by more than 5%, and in order to solve the problem of increasing the sources of renewable energy tariffs, denitrification, dust removal, and other environmental protection electricity price adjustment funds, the on-grid electricity price of thermal power was gradually reduced. Although the NDRC emphasized that this adjustment of electricity price is only a structural adjustment, not coal-fired electricity linkage, but after all, the coal-fired on-grid tariffs have been lowered to varying degrees. Does the annual coal-electricity linkage still need to be implemented? The author personally believes whether the implementation of coal-fired linkage depends on whether the extent of the on-grid tariff reduction has reached the coal-fired linkage standard. If the coal-fired linkage standard has not yet been reached, coal-fired on-grid tariffs need to be adjusted again when the coal-electricity linkage window is opened. .

Method one: Profit compensation for coal price changes. According to the calculation of a coal price drop of 80 yuan, if the power plant consumes 10%, then the downward adjustment of the electricity price needs to offset the profit that the coal price drops by 72 yuan. In 2012, the national coal consumption rate for power supply was 321 grams of standard coal/kWh, and the electricity rate for thermal power plants was 6%. Based on this, the coal-fired power generation rate was estimated to be 302 grams of standard coal/kWh and 5,500 kcal of thermal coal. For example, the new revenue from the coal price drop of 72 yuan to thermal power companies is equivalent to 2.77 points/kWh increase in electricity prices. In other words, according to the coal price change income compensation method, the cut-off so far, if you start coal-fired coal-fired power companies on-grid tariffs need to drop 2.77 points per kilowatt-hour.

Through the above analysis, it is easy to see that the rumors in the provinces of coal-fired power generation on-grid tariff cuts are lower than the start of coal-fired linkage prices should be reduced after the amount of the line. Therefore, when the coal and electricity linkage window is opened, if the coal price is still at the current level, the on-grid tariff for coal-fired power generation will need to be adjusted again, and the sales price will need to be adjusted downwards. Combining the explicit price adjustment standards of the coal-electricity linkage mechanism and the downward adjustment of on-grid electricity prices around the time, the on-grid electricity price in many regions should be lowered by more than one point again. At that time, combined with the on-grid electricity price of various power supplies and their proportion, the sales price should also be lowered appropriately.

1.     big granite planter to plant a tree,the strength of the granite planter can resist cracking caused from even the most vigorous of root systems. They are also heavy and solid enough to be used in high traffic, public and municipal areas like city malls and outdoor shopping centers.height can be about 120cm,weight can be 100-200kgs,volumn can be 100-150 L