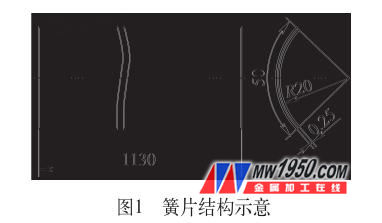 The piece is in the shape of a circular arc with a thickness of only 0.25 mm and a poor rigidity. There are many difficulties in production and manufacturing, mainly reflected in:

(l) Cold forming and heat treatment conformal are difficult. No matter which heating method is used, the parts will be completely unrecognizable.

(2) It is difficult to ensure uniformity of hardness. 60Si2MnA steel quenching to maintain uniform hardness is not difficult, but such thin and long parts, processed on general equipment, often is cold, not hardened or disparity in hardness, large or inconsistent after winding, working parts It is curved or serpent-shaped and cannot be pushed or pushed forward to meet the requirements of use.

(3) The problem of oxidation and decarburization of parts is difficult to solve.

HHCMS-200 carbon molecular sieves
CMS-200 is a new kind of non-polar adsorbent specially designed for extracting nitrogen-rich gas from air. It is suitable for separating nitrogen from air. It has a high adsorption capacity for oxygen and can separate nitrogen from air.
The most notable feature of the Carbon Molecular Sieve is its high gas-producing efficiency, especially the preparation of nitrogen with a purity of less than 99.5%.


It is widely used in large air nitrogen making equipment.