As long as you use a variety of destructive tools to open the Karma anti-riot smart lock within 10 minutes, you can win a huge reward of 100,000 yuan from the organizer! However, in the 8 minutes of the ring game, the player suddenly announced his withdrawal from the game. This is the scene of the first prize in the first round of the Fujian Longyan Karma Anti-riot Intelligent Lock.

Seeing that the grand prize is about to come, why did the challenger suddenly abandon the game? Itâ€™s a show or... Itâ€™s hard to understand. 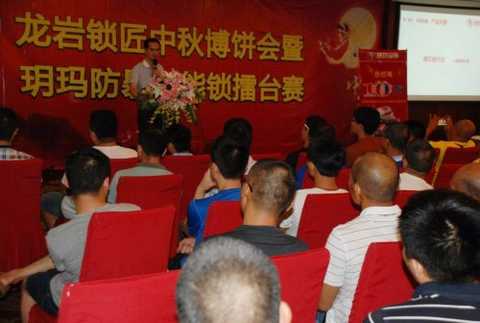 On September 20th, 2017, Karma Security jointly held the â€œLongyan Locksmith Mid-Autumn Festival Cake Club and Karma Anti-riot Intelligent Lock Grand Prize Competitionâ€ in Longyan City, Fujian Province, and the local locksmiths association, and invited many famous locksmiths in the local area. Come watch the battle. Because this event is the first time in the field of smart locks, it has received much attention from the industry.

At 5:30 pm, the four contestants named by Longyan City Locksmiths Association, Ke Junren, Zheng Youjian, Xie Pinghui, and Mark Phi, all of them are well-known excellent locksmiths in Longyan. According to the process, the preliminary round and final two rounds were set up in this round. In the first round of the preliminaries, the player will open the ordinary smart lock installed on the security door template within 10 minutes. The shortest time will be able to obtain the challenge of the Karma anti-riot smart lock 100,000 yuan prize.

After the referee read the rules of the ring game, the first round of the game officially began. More than a hundred spectators held their breath. Three seconds, five seconds... Time Lang began to report time, unlocking, shackles, shackles continued to ring. However, when everyone was preparing to enjoy the excitement brought by this feast, the preliminaries ended abruptly: the player Ke Junren opened the smart lock with only 9 seconds 23 . 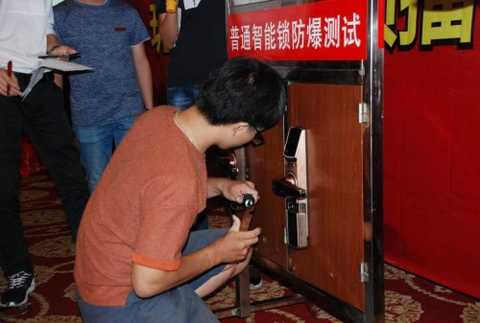 â€œItâ€™s so fragile! The smart lock that sells for thousands of dollars can be opened in a few seconds. Who pays for the safety of the consumer?â€ The audience looked silly.

In the array of arguments, the security door equipped with the gamma anti-riot intelligent lock was lifted to the platform by several staff members. After several authoritative persons checked the locks for the competition, the Karma anti-riot intelligent lock was awarded 100,000 yuan. The competition began officially. Ke Junren, the player who opened the first place with the ordinary smart lock, took the stage. I saw that he chose a screwdriver on the tool holder and slammed it around the protective cover of the smart lock, trying to find the crevice in this way. 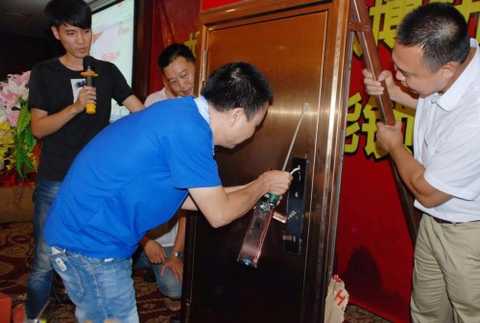 The game entered for 5 minutes and a small accessory was degraded again. The hammer and the steel pipe took turns, and Ke Junren constantly changed the unlocking method and tools. I saw that he broke the connection of the intelligent system, and inserted the tool into the lock body to make full force... It was two minutes passed, Ke Junren sweated, holding the tool. Knocking on the bare lock parts. Both technology and violence were used, but there was still nothing to do. The audience was anxious to take pictures while taking pictures under the stage.

When the game went to 8 minutes, an unexpected situation occurred. The player Ke Junren actually announced to the audience that the body "can't eat" and the game gave up! In the midst of a roar, the competition ended. 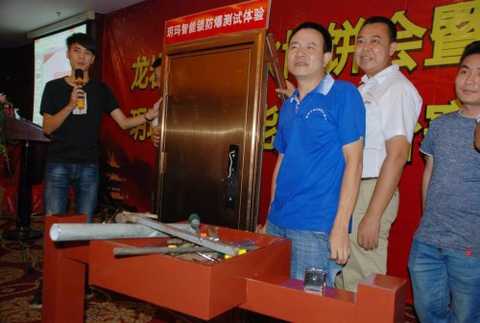 "I personally witnessed the quality of the gamma smart lock, although it was defeated." Ke Junren was very excited with the 1000 yuan encouragement award, but it showed a bit of calm.

The impressive performance of the Karma anti-riot smart lock attracted the applause of the audience. At the invitation of everyone, the generation of "Lock King" and Mr. Li Shande, the chairman of Karma Security, took the stage and unveiled the mystery of the "anti-riot" of the defensive lock of Karma.

He said that over the past six years, Karma has continuously increased its research and development efforts in the integration of electronic technology, intelligence and mechanical systems, and has invested more than 20 million yuan to overcome more than 300 problems. The key breakthroughs in more than 20 key points, such as the optimal setting of the fingerprint head, the clutch disassembly and assembly technology, the information input and the processing separation technology, have enabled the company to successfully upgrade and transform the traditional lock to intelligent security.

Mr. Li Shande particularly emphasized that the Karma anti-riot intelligent lock adopts the industry's unique "hidden core lock" anti-theft technology, completely subverting the lock anti-theft principle of the traditional anti-theft door lock. Through special structure, the special small lock core is deeply hidden in the lock body and the door cavity. With the impeccable protection design, even if the protective panel and the handle are removed, the lock cylinder can not be removed, thereby achieving an amazing anti-theft effect.

Warning: smart lock anti-theft performance can not be ignored

"After installing the gamma anti-riot smart lock, the thief wants to implement the theft. There is only one option, that is, breaking into the door!" Mr. Li Shande said that usually, in the process of burglary, if the door lock is not opened for two or three minutes, the thief will Will give up. In addition to the technical strength of its own products, the Karma's smart lock competition has extended the lock-up time to 10 minutes. It is hoped that through such activities, the industry will pay attention to the anti-theft performance of smart locks. 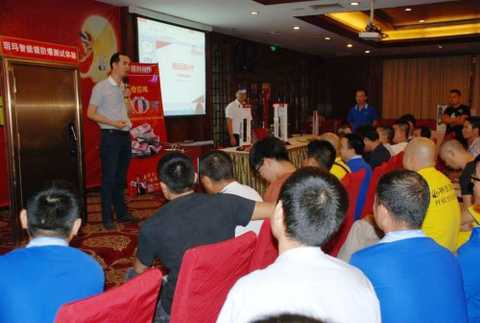 In an interview with reporters, Mr. Li Shande reminded consumers that the purchase of smart locks must be the first choice for anti-theft. At present, many smart locks on the market have almost no anti-theft effect. They can be opened in a few seconds using ordinary unlocking tools. Once such a product is purchased, even if the information is safe, there is no sense of security! For more information, please pay attention to the official website of Karma Security: http:// or search for the public number of â€œKama Lockâ€ for more information! (æ–‡å›¾éƒ‘æ¸…èŠ³)

Various corners,and accessories can be provided as optional item.
Good connection, suitable for the window and door frame
Easy to install: just snap in
For that new look on your window and patio screening